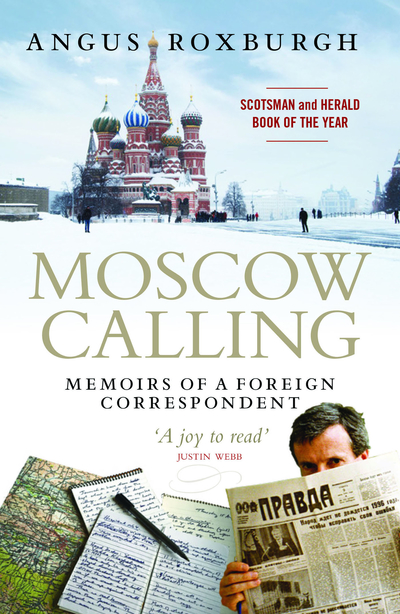 Memoirs of a Foreign Correspondent

A personal and revealing perspective of Russia by the acclaimed former BBC and Sunday Times Moscow correspondent, who worked in Russia for over 30 years and who witnessed first-hand the darkest days of communism and the rise of Putin

In the course of the past forty-five years, Angus Roxburgh has translated Tolstoy, met three successive Russian presidents and been jinxed by a Siberian shaman. He has come under fire in war zones and been arrested by Chechen thugs. He was wooed by the KGB, who then decided he would make a lousy spy and expelled him from the country.

In Moscow Calling Roxburgh presents his Russia - not the Russia of news reports, but a quirky, crazy, exasperating, beautiful, tumultuous world that in forty years has changed completely, and yet not at all. From the dark, fearful days of communism and his adventures as a correspondent as the Soviet Union collapsed into chaos, to his frustrating work as a media consultant in Putin's Kremlin, this is a unique, fascinating and often hilarious insight into a country that today, more than ever, is of global political significance.