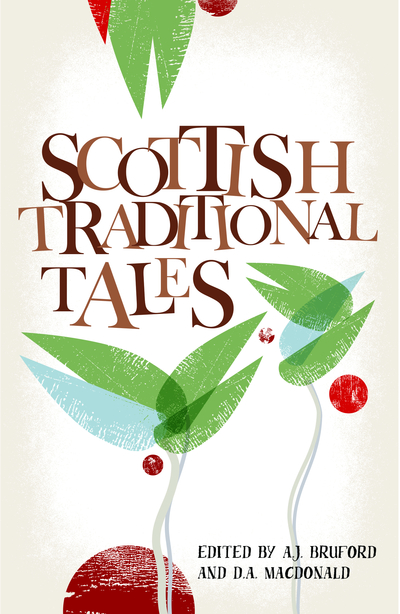 'A fine book which is highly recommended' - Dalriada

All over the world traditional tales were told at the fireside until their place came to be taken by books, newspapers, radio and television. A.J. Bruford and D.A. MacDonald present an entertaining collection of the oral tales that have been passed down by generations of Scottish story-tellers, and have been recorded and collected by researchers from the School of Scottish Studies at the University of Edinburgh over the past fifty years.

Taken from a variety of sources, from the Hebridean Gaelic tradition to recordings of Lowland cairds (travelling people), some are well-known tales which have equivalents in other cultures and languages, whilst others are unique to Scotland. Each of the selected tales, in Scottish Traditional Tales>/i>, gives an insight into how Scottish culture, tradition, teachings and folk-lore were passed on through the medium of story-telling, and with almost a hundred tales is the most wide-ranging introduction available on this fascinating part of Scotland's heritage.