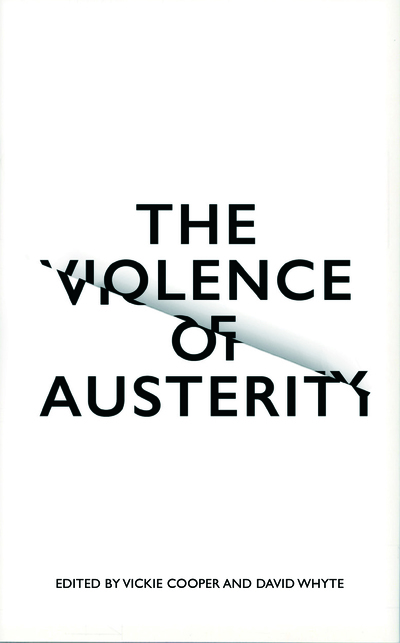 The Violence of Austerity

Austerity, a response to the aftermath of the financial crisis, continues to devastate contemporary Britain.

In The Violence of Austerity, Vickie Cooper and David Whyte bring together the voices of campaigners and academics including Danny Dorling, Mary O’Hara and Rizwaan Sabir to show that rather than stimulating economic growth, austerity policies have led to a dismantling of the social systems that operated as a buffer against economic hardship, exposing austerity to be a form of systematic violence.

Covering a range of famous cases of institutional violence in Britain, the book argues that police attacks on the homeless, violent evictions in the rented sector, the risks faced by people on workfare schemes, community violence in Northern Ireland and cuts to the regulation of social protection, are all being driven by reductions in public sector funding. The result is a shocking exposé of the myriad ways in which austerity policies harm people in Britain.