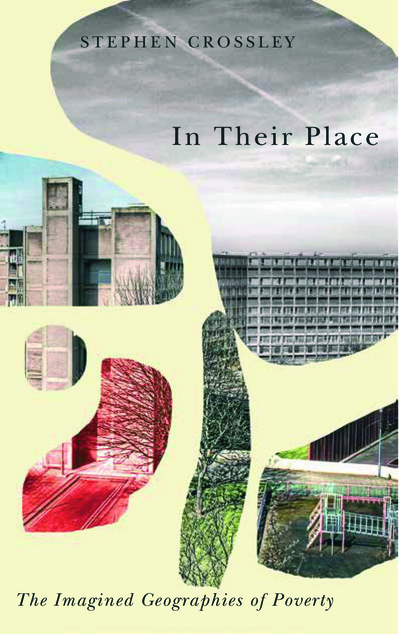 The Imagined Geographies of Poverty

This book critiques how impoverished communities are represented by politicians, the media, academics and policy makers - and how our understanding of these neighbourhoods is, often misleadingly, shaped by these stories.

The alleged behavioural failings of ‘poor people’ have attracted a great deal of academic and political scrutiny. Spatial inequalities are also well documented and poor neighbourhoods have been extensively researched. However, other spaces have been re-imagined in different ways by politicians, academics, journalists and social reformers. These imagined geographies include exoticised slums, cities being reclaimed by nature, the street and domestic spaces like the kitchen, or even the bedroom.

In Their Place highlights how these spaces are represented and how these representations are deployed, manipulating political and media discourses around the individuals and communities who live there. These distortions are often used to keep people in their place by making sure everyone knows where ‘the poor’ belong. This book will reorient those interested in human geography away from ‘deprived neighbourhoods’ and back to the foundational spaces where political decisions - and poverty - are made in Britain today.