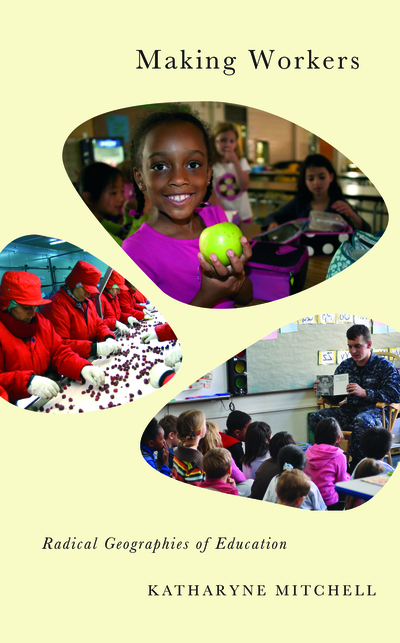 As capitalism sinks its logic ever deeper into the organisation of society, so too is its impact felt in the field of education. Katharyne Mitchell argues that through schools a capitalist logic imprints itself deep into the psyche of children. Education, narratives, actors and values, plays a critical role in the social and political formation of youth as workers in a capitalist economy.

Mitchell looks at the struggles over student identity and allegiance - as well as spaces of resistance. She investigates the transition to educational narratives emphasising flexibility and strategic global entrepreneurialism and examines the role of education in a broader political project of producing new generations of economically insecure but compliant workers.

Scrutinising the impact of an influx of new actors and ideologies, Mitchell argues that public education is the latest institution to embrace the logic of ‘choice’ - pertaining to schools, faculty, and curricula - that, if unchecked, will lead to further incursions of the market and the eventual privatisation of schools.